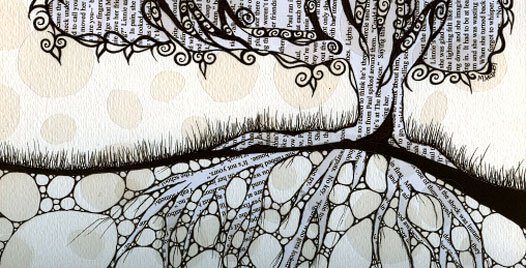 Elijah, I promise we’re almost done looking at the biblical foundations of (my understanding of) “mission.” We’re now at the New Testament and I don’t plan on dissecting it as thoroughly as I did the Old. I promise.

We Christians know the story of Jesus pretty dang well already, and what Paul and Peter and James had to say about it too. The plan from here on out then is to show how the familiar Jesus story connects to the Old Testament story of God’s mission.

Newcomers, to catch up on this series, go here. For the rest of you following along, let’s get started by setting the dark stage Jesus will soon light up.

The last words of the Old Testament were written by Malachi after the exiles. After chiding God’s people for treating God with less respect (and generosity) than they’d treat a human king, Malachi told his readers to “remember” and “wait.”

Remember the Law given to Moses and obey it (Malachi 4:4).

Wait for a new Elijah to come. After him will come the “day of the Lord.” On that day God will draw people into right relationship with one another (Malachi 4:5,6).

Then Malachi put down his pen and for the next 400 hundred years God was silent. By that I mean there were no more prophets, no more messages sent by God to His people.

Years of foreign occupation obviously had a negative impact on God’s people:

This “Intertestamental Period” (the time between the Testaments) brought an estimated 80% of Jews in Jerusalem to abject poverty (Neither Poverty nor Riches: A Biblical Theology Of Possessions by D.A. Carson).

Impoverished, it is speculated that the prevalence of sickness increased and the length of life decreased. Josephus and other historians offer only anecdotal evidence to support this highly plausible supposition.

The occupations also fractured God’s people into political groups: Herodians supported the Roman occupation, accepting Herod as “King Of The Jews” and some believing him to be the Messiah. The zealots, on the other hand, wanted to throw the bums out with violence and believed that their rule would could bring about a theocracy like David’s.

God’s people were also split theologically: The Sadducees were generally wealthy aristocrats who supported Roman rule and believed only the written Word of God (our Old Testament) had authority over the lives of the Jewish people. The Pharisees were most often middle-class businessmen, more popular with the common man, and held the oral traditions as equal in authority to the written Word of God. In other words, there was a split over cones and holes.

By the first page of the New Testament, God’s people are fractured, impoverished, not at liberty to worship God freely. This is the dark stage made for the Light of the World.