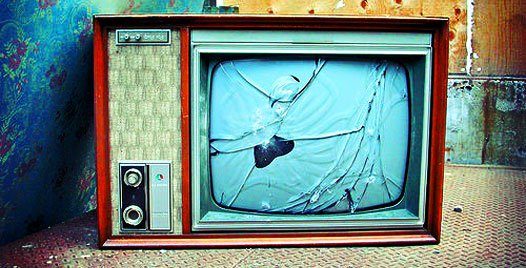 My “job” is singing and talking and blogging. If that’s not weird enough, this morning I got an e-mail from a production company in England asking me to host a TV show – followed by a phone call.

The woman on the other end of the phone with the beautiful British accent sounded smart, like she knew what she was doing but…

Me? Hosting a TV show? About what?

The only example of such a kid she gave me was a girl in the Ukraine raised by dogs who grew up with some doglike mannerisms and habits. She’s fine now, rehabilitated. My job would be flying to the Ukraine to learn about her story, meet her and the people who found her and taught her how to be human.

Interesting premise for a show, but…

Like so much TV, this idea leaves me asking why. Why tell this girl’s story? What are we supposed to think or do after we watch it?

I don’t have any answers yet. Without a reason for telling these stories I just think getting involved with this project would be a tangent and could undermine what little credibility I may have when talking about the things that matter quite a bit more to me personally. But I don’t know. Thinking through it. Shocked and honored to be asked and all that…

Speaking of which, why was I asked?

Well, the internet. The creators of this show searched for stuff like “child development” and “child poverty” and found a video of me in the Dominican Republic, shot by the talented Tim Neeves for Compassion International to use at music festivals. In it, I’m talking about kids in poverty, a lot, and also I have nice hair.

I wish there was demand for a show that looked at the causes and many creative cures for poverty of all kinds around the world (economic, environment, cognitive, social, spiritual) and the heros combatting it. Now that’s a show I’d host. If Bono wasn’t available.

So, if you had your own TV show what would it be about?