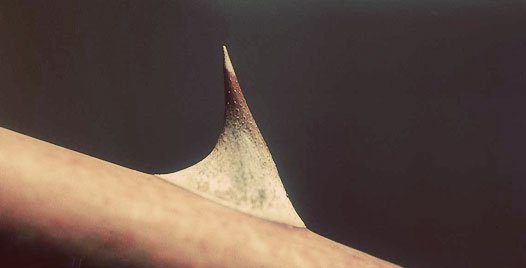 John Piper says God “designs” depression and sends it into the depressed person in order to discipline them. Spurgeon, another brilliant and reformed Baptist, wrote about God’s sovereignty over his many bouts with physical and mental illness…

It would be a very sharp and trying experience to me to think that I have an affliction which God never sent me, that the bitter cup was never filled by his hand, that my trials were never measured out by him, nor sent to me by his arrangement of their weight and quantity.

Other intelligent devout thinkers, like Richard Foster, author of Celebration of Disciplines, imply that God knows about but does not engineer our afflictions. Instead, God allows them for some greater good as God took down his “hedge of protection” around Job and allowed Satan to test Job’s devotion to God.

Still others say God does not allow our pain, but it is purely an attack from Satan that God walks with us through and makes the best of.

In times of intense suffering, I’ve demanded answers. I’ve shouted at God, stomped my feet, banged the floor with my fists, tears swelling my eyes, and begged that he give an account for the “thorn in my flesh.” How could a good Father send or allow or be ignorant of pain in his beloved child’s life?

The apostle Paul answers in part and redirects my energy from questioning God to thanking him.

7To keep me from becoming conceited because of these surpassingly great revelations, there was given me a thorn in my flesh, a messenger of Satan, to torment me. 8Three times I pleaded with the Lord to take it away from me. 9But he said to me, “My grace is sufficient for you, for my power is made perfect in weakness.” Therefore I will boast all the more gladly about my weaknesses, so that Christ’s power may rest on me. 10That is why, for Christ’s sake, I delight in weaknesses, in insults, in hardships, in persecutions, in difficulties. For when I am weak, then I am strong. 2 Corinthians 12:7-10

Why might I be suffering? Paul gives two reasons. 1) In verse 7 Paul says his suffering was “given” to him to prevent conceit. I might be suffering for my own good, to develop Christ’s character in me. In Paul’s case, to keep him from becoming proud, to give him reputational amnesia, to make him more dependent on God. 2) At the end of verse 7 Paul says he’s suffering because Satan wants to torture him. He says his “thorn” is a “messenger” of Satan. Literally, it is an “angel” or “one who is sent” by Satan to “torment” him, or “beat [him] with a fist” or “torture” him.

Who gives these “thorns”? Again, Paul says clearly that the suffering he experienced was a subject of Satan, Satan’s messenger, Satan’s angel, sent by Satan. But, why would Satan want to prevent conceit in Paul? It doesn’t make sense that Satan would want to make Paul more like Christ. So, again, we have a paradoxical answer that isn’t as clean as the ones I’ve received from the theologians and authors I respect and have turned to for answers.

Paul sees his infirmity as being both sent by Satan and used by God for great good, to build Paul’s humility. Paul didn’t care to clarify how exactly this partnership between Satan’s torture and God’s good worked. Instead, Paul spent his words on emphasizing his gratitude to God for his suffering.

Paul cried out to God to take his thorn away and God refused. Instead of removing Paul’s pain, Jesus himself promised his power to Paul, sufficient power to meet the pain he was in. In fact, Jesus said, only in such a state of weakness could Paul know the “perfect” or “complete” power of God.

Paul looked at his suffering then as a gift he delighted in: the gift of God’s strength that can only be received when his own strength is inadequate, sapped, used up, gone.

That’s all the answer Paul offers. It’s all I need for now.