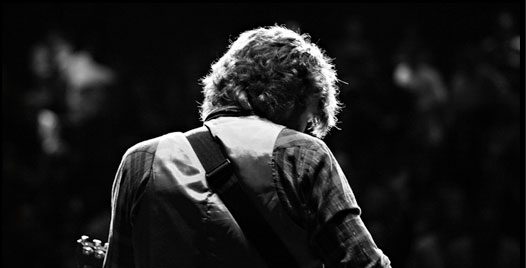 My friend/brother-in-law Brian works with artists who use their voice to speak for Compassion‘s children. He goes to a lot of concerts, hears a lot of songs. Oddly, he’s not that into music. But he’s into good people, and an excellent judge of that sort of thing even if he does call me friend.

Brian’s not supposed to have favorites. And he’d never say he likes this guy more than that one but I’ve known Brian for seventeen years, I know what his face looks like when he’s found something, met someone, he really thinks is special. His face says he likes John Mark McMillan like that.

So I checked him out. And now I do too.

There’s just something transcendent about his music. Especially the words. He says what we want to say to God. But he does it by stripping away the well-worn phrases of our faith, all cliche, all pomp and posturing, and just, well, he just says it. At once poetic and conversational, artistic and accessible.

Brian’s face is right. John Mark is pretty special. Soon to be a favorite of yours too.

32 comments on “John Mark McMillan : How He Loves Us”