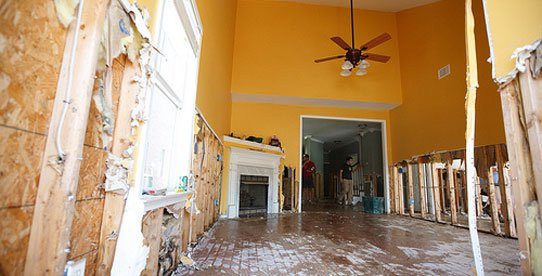 This is Nashville after 20 inches of rain.

Neighbors, government agencies, churches, and (hopefully) insurance companies are rebuilding parts of the city that need it now. It’ll take weeks, months even. But life here will soon be back to how it used to be.

And things used to be pretty good. Low cost of living. Large job market. Median family income of about $50K.

Things are still pretty good for the overwhelming majority here. This is Nashville.

This isn’t the Gulf Coast after hurricane Katrina. In one community I visited 80,000 peasants lost their homes, livestock, crops, food, water, everything. The mud took away their livelihoods in a region where the median income was already less than $730. This isn’t Haiti after January’s earthquake.

Thousands of jobs were lost in a nation where two thirds of the population wasn’t formally employed and the median household income was already less than $160. Why make the comparison?

Certainly not to minimize the plight of my neighbors. But the comparison helps me in two ways.

Perspective is being lost by some who say what’s happened in Nashville deserves the same kind of media attention and outpouring of national and international generosity these disasters were given.

I need to give and serve and care deeply. Of course. But while I’m doing that I need to be careful I don’t cross the line between concerned and dramatic. This is Nashville.

I’m thankful. Bookmark this page, folks, because politically skeptical me doesn’t say this often: I’m thankful for the government.

For a government that quickly sent brave rescue workers into flooded neighborhoods to literally save lives.

I’m thankful for a governor and mayor who speak articulately about the situation here and care about it, support the efforts of everyday citizens rolling up their sleeves and going to work, and are asking for federal and state funds set aside for times like these.

I’m thankful for the more than 3,000 church bodies in Nashville who have sprung to action. Specifically, I’m thankful for the leadership shown by Pete Wilson at Crosspoint, Ed Stetzer at Lifeway and Two Rivers and my friends at WAY FM and PeopleLovingPeople.org.

I’m thankful for roads that are paved, houses made of brick, the absence of looters, trees to absorb water, relatively low unemployment, buried electrical lines and plumbing, flood zones, radio transmitters, cell towers, secure water treatment facilities, a robust economy, stores full of tools to be bought and put to use, stores full of food to be purchased and shared, tax refunds to be donated, cars and trucks and tractors and gasoline, loads of carpenters, dozens of plumbers, scads of electricians and roofers and painters, and…

I’m thankful this is Nashville.

Serve and give and be thankful.

56 comments on “This Is Nashville”