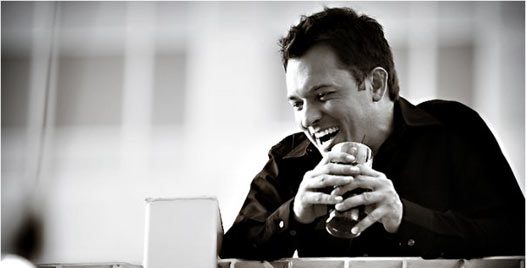 We all hated middle school. My least favorite hour of the day was “athletics” – that special time when I was reminded of how uncoordinated and unskilled I was at all things which middle school boys think impress middle school girls. Athletics was humbling enough without Ben’s mouth lowering my self-esteem too.

He was a little guy. But there was a great deal of macho and arrogance packed into his wee frame. He bullied me and my friend Jason relentlessly. Until one day.

Ben said something about Jason’s mama and Jason responded by sticking his hand out to shake Ben’s. “I don’t have a problem with you, man,” Jason said.

Even then my mouth was my strongest weapon. And I was trigger happy. Jason was my much-needed self-control. I stayed quiet, followed his lead and we walked away from Ben together.

That’s when Ben hit Jason’s books out of his hand. And that’s when the balance of power shifted.

Jason whirled around and dented Ben’s face with his fist. Everyone was shocked. Most of all Ben, who stumbled backward, his nose bleeding.

Ben and Jason collided in a knot of flailing, kicking and wrestling on the blacktop. I clearly remember two things about that fight: Jason ending it with a knee to Ben’s face, and seeing the crowd of kids we wanted so badly to impress congratulating Jason when Ben stumbled back to his feet and moseyed off defeated.

I made a trip to the vice principal’s office that afternoon to fire my mouth off on Jason’s behalf, to tell Mr. Bell about the abuse we’d taken from Ben for more than a year, and about how Jason tried to make peace and walk away, and, of course, what Ben said about Jason’s mama. Surely Mr. Bell was aware that there are grave consequences for talking about a boy’s mama. I’m pretty sure both World Wars were started by that sort of thing.

Jason and I were Jonathan and David, inseparable, the kind of rare friends that seem to share a brain. We hated the same guys. We liked the same girls. Our strengths filled in each other’s weaknesses. And we looked enough alike that we could swim at the rec center on his family’s membership all Summer by posing as brothers and never get caught. All of this is an extremely solid basis for a relationship when you’re thirteen.

A lot changed after middle school. I stayed on the I-play-saxophone-and-Zelda track and Jason jumped over to the I-have-pectoral-muscles-and-athletic-ability track. And these tracks do not share a station at any point in late adolescence.

After high school, we lost touch completely. We both left Tyler, Texas as quickly as we could. Like so many others we headed off to college to forge an identity that was no longer dependent on our last name or what team we played on or didn’t back home.

We fell in love, married, had kids. We both took jobs at megachurches. We both discovered poverty in our twenties and had our hearts broken by the way the rest of the world lives. For me it was El Salvador. For him it was Mexico.

We both made trips from first world to third world and back again and struggled to breathe in the space between them. We gasped in the tension of serving and advocating for the poor while constructing million dollar programs, services and buildings for the rich. Until we couldn’t live there anymore and made hard choices.

In our early thirties we were both humbled by some tough miles through darkness, were disappointed and hurt by the failures of others. But we came out OK.

Today Jason leads a small community of, for lack of a better word, house churches called Church Project in The Woodlands. It’s simple church, he says, focussed on loving God and loving people, no frills, spending half of its small budget on a tiny staff and warehouse rent and the other half on people in need – it’s a best effort to love our neighbors as ourselves.

I sang in their warehouse Sunday night, talked about daily bread, Kiran and Compassion. A third of the crowd sponsored a child – an extremely generous and rare response.

And after the concert, over dinner, we laughed about his brawl with Ben, caught up on life since then, thanked each other for a friendship that got us through days that are often the worst of an American teenager’s life and awkwardly, without actually using those words, said we loved each other.

Amazing how easily we picked up where we left off after all these years. Amazing how old I look next to him, how wise he’s become, how comfortable the conversation still is after so long.

More amazing how our tracks never crossed but still took us to the same places.