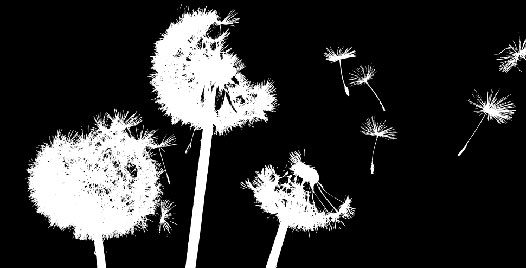 I’m a hippie without the hemp pants and the incense. But I could do the incense. I cannot do hemp pants. They make me feel like I should “Hammer Time.”

But that’s beside the point. And there is a point hidden beneath the surface of this post. I do promise.

We eat organic produce and don’t use pesticides and other chemicals on our yard. Because we don’t want cancer or a dead cat or an extra nipple. I don’t mind the extra nipple, actually, but Becky is strongly opposed. On us or the cat. She’s very anti-third tete. There’s a web site. Also, I’m in favor of dead cats. Marriage is made richer by difference.

We grow attempt to grow our own produce. We use compost and organic fertilizers. We hire exterminators who, I’m pretty sure, just spray mint and lavender body wash around the yard and call it done. And I pry weeds out of our lawn by hand. By freaking hand. By. Freaking. Hand.

Our convictions on chemical warfare force us to go to great lengths, spend a lot of time and money. Pro-life isn’t easy but it’s right.

Because chemicals don’t just kill what you’re aiming at. There’s collateral damage. They get into the ground water and pets ingest them and kids absorb through bare feet and they make their way into the garden and into the tomatoes and into my gut and into my fat tissue where they’re stored for years and years and I’m pretty sure anything with seventeen syllables is not good for me and several organs therein. And they kill little microscopic critters that bigger critters eat that even bigger critters eat and on and on.

On the other hand, without a chemical-fueled holy war the dandelions will take over the yard. They already control most of the neighborhood.

My five year-old picks up their tiny puff balls, blows and sends a million seed-bearing enemy cells out over the lawn with a wish and a smile. Day after day.

The yellow menace is everywhere, sneaking across the street and under the neighbor’s fence into my yard. Their problem is now my problem and I’ve tried pulling them up one by one but it’s not working. And the clover. And the crab grass. And the things that look like Audrey from Little Shop of Horrors. They’re taking over.

So this morning I sided against my chemical convictions in favor of pragmatism.

Scots Turf Builder with Weed Control says it works. It’s right there on the bag. And, also on the bag, it says clearly that Scots cares about the environment and my kids and pets. Yes, there are many syllables in the ingredients but Scots cares – it’s on the label! Corporations don’t lie, silly.

I poured two bags of the stuff on my lawn an hour ago and in one month Scots promises I’ll have a weed-free lawn or my money back.

In one month my kids will be able to run barefoot across the front yard without stepping on prickly crab grass. And do it faster with a third leg than they do it now on only two.

Ah, pragmatism. Easier than convictions every time. With the possible bonus of dead cats.