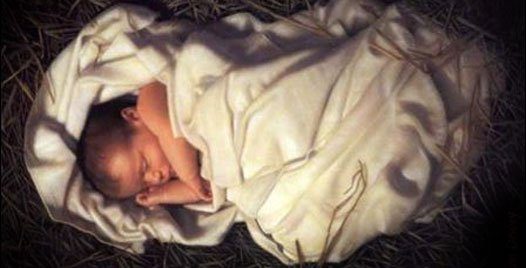 Every great story has a villain or two and the Christmas story is no different. Caesar Augustus is the reason a very pregnant Mary had to travel to Bethlehem to be counted by government census takers.

He wasn’t always called Augustus. At birth he was given the name Octavius and a handful of heady titles to go with it. Bringer of peace. Son of God. Mediator between mankind and the gods. Everlasting. Savior.

When Julius Caesar died, Octavius, a distant nephew, ascended to his throne and was renamed Augustus. It’s a humble name. It means “worthy of worship.”

Augustus had a coin minted and circulated throughout the Roman empire with his face on it. Around its edges were the words “there is no other name by which men may be saved.”

Then, one day, a strange star appeared in the sky. Augustus’ astrologers studied the heavens and reported its meaning. Some say it was Virgil, the poet, who spoke the official translation to Augustus: The turning point of the ages has come.

Some say Augustus believed he was that turning point, that he was certain peace on earth and the satisfaction of the gods would be obtained through his sword, his chariots, his armies, intellect, power and wealth.

Angels delivered a different interpretation to a far-from-royal audience.

And there were shepherds living out in the fields nearby, keeping watch over their flocks at night. An angel of the Lord appeared to them, and the glory of the Lord shone around them, and they were terrified. But the angel said to them, “Do not be afraid. I bring you good news of great joy that will be for all the people. Today in the town of David a Savior has been born to you; he is Christ the Lord. ~LUKE 2:9-11

While the citizens of Rome looked to Caesar, expecting peace to come through his men and might, the true Prince of Peace snuck onto the planet, smuggled in through a frightened fourteen year-old named Mary. Not in a castle, but a stable. Not born into wealth but into poverty. Not commanding armies but shepherds.

God in us, for us and with us.