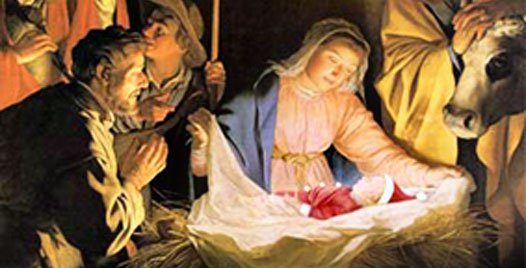 I’ve always ignored those people: The ones who get very upset at Target this time of year and decide to e-mail me and the rest of their address book about it. This year, to those people, I would now like to preemptively say Simmer down. And also…

There was a time in American history when Christians could be counted on to get angry about the right stuff – the stuff that seems to have made Jesus angry. In the 1920s, for instance, when Saint Nick became the patron saint of American consumerism, most Christians in this country opposed the holiday because of its inextricable connection to materialism and self-indulgence.

In 1931, the New York Times surveyed Christmas sermons and found that they held to one main theme: “the suggestion that Christmas could not survive if Christ were thrust into the background by materialism.” One sermon called the days leading up to Christmas, commonly called “Advent” by Christians, nothing but a “profit-seeking period.”

Fast forward to 2005. The American Family Association spearheaded a boycott of Target because the retailer wished shoppers a “Happy Holiday” instead of a “Merry Christmas.” The AFA wanted to make sure all our self-indulgence and materialism was being carried out in Jesus’ name.

Skye Jethani, in his book The Divine Commodity, points out the nuttiness and inconsistency of those people better than I can:

In less than a century, Christians have gone from opposing over-consumption at Christmas to demanding it be done in Christ’s name alone. The explanation may be in the numbers. Two thirds of the U.S. economy is based on consumer spending, and 50-75 percent of most retailers’ annual profits are generated during December. This makes the weeks before Christmas the high holy days of consumerism. If Christians engaged in the Advent season as they did in generations past, by modeling moderation and self-denial or by ignoring the holiday altogether, it would likely destroy the economy. To ensure economic survival, consumers are stirred into a buying frenzy every winter with the goal of making this year’s shopping season more prosperous than the last. Santa Claus has been the mascot of this manipulation since the early twentieth century, but if more Christians have their way the season of shopping will someday be inaugurated by the appearance of Jesus Christ at the end of the Macy’s Thanksgiving Day Parade.

Feel free to copy and paste this post as a reply to the angry e-mails you’re sure to receive this month. My gift to you. Merry Christmas.

60 comments on “A Reply To Those People”