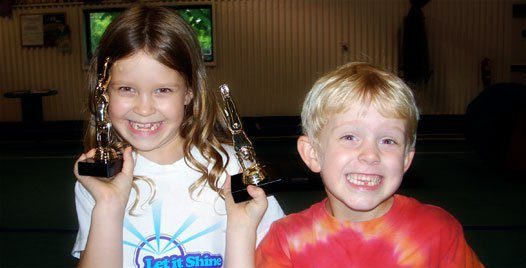 The deadline for submitting nominations to the Norwegian Nobel Prize committee was February 1st, only twelve days after President Obama took office. What did he do in those twelve days to merit a nomination? And how did he beat out the record-setting number of nominees to win the prize? He tried.

President Obama was awarded the Nobel Peace Prize for effort. According to the committee: “efforts to strengthen international diplomacy.”

Gideon Rachman’s view is in line with the majority of commentators this morning when he writes:

I am a genuine admirer of Obama. …But I doubt that I am alone in wondering whether this award is slightly premature. It is hard to point to a single place where Obama’s efforts have actually brought about peace – Gaza, Iran, Sri Lanka?

…while it is OK to give school children prizes for “effort” – my kids get them all the time – I think international statesmen should probably be held to a higher standard.

Obama is a great orator, great thinker, savvy diplomat and may turn out to be a tremendous history-making agent of peace. But, the majority of headlines seem to agree, it’s too soon to tell. Even the Huffington Post and the Associated Press – both routinely supportive of President Obama – are scratching their heads. Effort?

Why not give the trophy to those who have had time to climb the rope, ring the bell and flip across the room a few times too?

Why not  recognize Zimbabwe’s Prime Minister Morgan Tsvangirai for his successful standoff with the dictator President Mugabe? Or how about Fr. Christopher Hartley for his battle against American sugar companies and their virtual enslavement of Haitian plantation workers in the Dominican Republic?

Geir Lundestad, the secretary of the Norwegian Nobel Committee, answered the naysayers this way (via The Guardian):

“We do of course hope that there will be many concrete changes over the years, but when a president makes all these changes on these ideals, which are the ideals the Norwegian Nobel Committee has had for 100 years, we felt it was right to strengthen him as much as we can in this further struggle for these ideals.”

In other words, the committee is standing on the mat.  President Obama has his hands on the rope and his eyes aimed at the bell.  He’s started his long shimmy up. And the Norwegians are cheering him on. Maybe he’ll climb faster now.  Maybe he’ll get farther. Maybe. And looked at that way, I can’t really begrudge a group of people applauding a leader they think stands a chance at reaching the top. Can you?

But, meanwhile, there are about 200 nominees exhausted from their climb whose only prize is a blistered pair of hands.  Muscles aching. Brows sweaty. Seems wrong, some are suggesting, that these tattered workers for peace would lose to a guy who hasn’t made their long climb yet.

As I read many articles, blog posts and Facebook status updates expressing “outrage” and “disgust” over the “injustice” of awarding Obama the Nobel Peace Prize this morning, I thought about those 200 or so beleaguered nominees myself. Many of them devoted years or entire lifetimes to fighting injustice, conflict and evil. How ironic that today so many would fuss and fight on their supposed behalf.  Over a peace prize, no less.

The majority of us may not think President Obama is fully deserving of a prize for accomplishing peace just yet, but I hope we can all agree his receiving it – even if premature – is no true injustice: no slavery on a sugar plantation. There’s no real evil being perpetrated against humanity here: no murderous dictator at work.

So much outrage and argument over this? Over a medal? That’s a real trivializing disservice to those nominees who have sacrificed themselves combatting actual injustices and evils in the world. And possible evidence that our own perspectives need tweaking, our own knowledge of the world and the evil in it may need expanding.

27 comments on “President Obama Rewarded For Effort. No Injustice Here.”