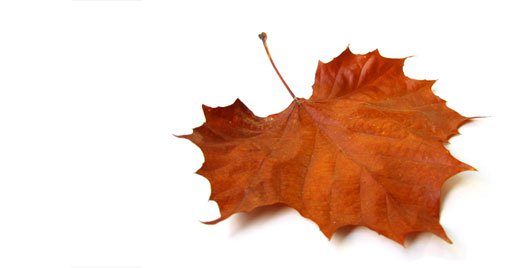 It happens every year when the first cool winds bat fallen leaves across the yard.

I remember being nineteen, sitting on my Aunt’s porch in Bridge City, Texas praying that God would miraculously pull the cancer from my grandmother’s body like a magnet over iron filings.

She was just inside, down the hall on the left, in a hospital bed.

My aunts and uncles and cousins and I went in and out of her room for a few days. Sometimes praying. Sometimes singing. Sometimes telling stories that made us all laugh.

I had just realized I didn’t like Becky; I loved her. I had just been accepted to a college to study music.

I remember wishing Becky had met Geemommy. I still wish she had. The two are a lot alike. Big laughers. Feminine but not dainty. Stubborn yet likable. Friendly and extroverted but not the least bit fake. Worshipful listeners but willing to interrupt when someone needs a good interrupting.

I’m a musician because my grandmother interrupted a pity party of mine held just before I started high school. I was whining about how much I was afraid to make music. I was afraid because my sister told me only nerds were in the band in high school. And because that made my mom afraid. Nerds don’t get dates. So nerds don’t get married. So nerds don’t make grandkids. And sometimes nerds who play the saxophone grow up to still be nerds or, worse, unemployed. I guess that could have been her logic. Not sure. But, now that I have kids, I get all of that.

So there I was torn between a respectable life and a musical one. That’s when she told me to ignore my mom. And I did.

I don’t know my mom’s mom. I know my grandmother. I don’t know what kind of parent, friend, coworker or neighbor she was. But she was an inspiring grandmother, if for no other reason than that moment. But I suspect that moment was characteristic of how she always lived life, at least after my grandfather died.

She studied floral arranging, opened her own shop, and got herself a cigar-tokin’ cursin’ cowboy boyfriend named George – the only grandfather I ever knew on that side of the family tree. All of this gave skeptics and critics reason to balk. People were scared she’d fail, scared she’d not make enough to support herself, scared of what other people would think when they saw her galavanting around town holding hands with George.

But she never seemed scared. Not around me.

So, at this time of year, I buck my nature, sober up and try to remember. I remember to ignore the fearful and the fears. I remember how to live by remembering how she died: fearlessly.

We stood around her bed and sang hymns she’d hummed while rocking babies and grandbabies to sleep. She stared up at the ceiling with a faint exhausted smile on her face, as if she was seeing something or someone the rest of us couldn’t. She held on for a few days after that, making time to tell each of us goodbye. “Make me proud,” she told me.

Then, when she saw her chance, the rare moment alone, she left us.

My Uncle Joel found a poem just before the very end that we think she wrote when she was a young woman. In it she predicted that one Fall day, when the last notes of Summer had been sung, God would close her book of hours and she would leave this garden, look to the hills where her help comes from, and be with her God forever. Without fear.

I can hear the cool winds chasing leaves on the sidewalk outside while I write. I want to cry. Just a little. But they hush me and ask me to remember instead.