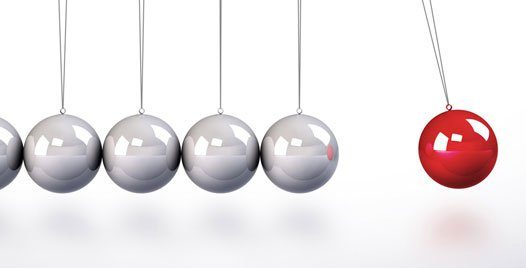 What’s the smallest change that’s made the biggest difference in your life?

That’s an easy one for me: We canceled cable.

Becky and I didn’t do it because of some profound philosophical shift we underwent.  Nope, what happened was we sat down to watch X-Files one Sunday night – as we were in the habit of doing in those days – and got bored.  The show was never the same after that molten metal guy from Terminator took the place of David Duchovny you know?

And so, with our first child sprawled out sleeping mouth-open on my legs, one of us said something very percipient like “TV sucks.” We turned it off and watched our girl suck an invisible pacifier while she dreamed.  Like I said, not the most profound reasons for doing it, but it had a profound effect on our lives.  Here are just a few of the benefits of going cable-less we’ve accidentally discovered:

1. Time. A neighbor asked Becky once where we got the time to hang out in the front yard every afternoon. “I don’t have that kind of time,” they said.  We once thought that too but we were wrong.  In 2008 Americans, on average, spent 2.3 hours a day watching television (that’s 16.4 hours a week or two nights of sleep or 900 miles of travel by car).  That’s less than we spent on television during the pre-Facebook and blog days but still a big chunk of time.  We got those hours back when we tossed the TV. (Source)

2. People. Reality TV is an oxymoron. In college I spent a good chunk of time watching something called the “Real World” while in the real real world I claimed I didn’t have time to study, work, call my parents, exercise, volunteer… Now we have 16.4 more hours every week to spend on real life – a lot of it with those two-legged organisms the scientific community calls “people.”

3. Morality. Forgive the simplistic analogy, m’kay?  Imagine I took in a house guest. And let’s say that guest regularly told my kids I was stupid, hung pictures of half-naked women up on the walls, constantly told my kids the opposite of what I told them and routinely asserted that God is a liar.  How long would it take me to kick that guest out of my house and change the locks?  There’s some innocuous stuff on television, sure, stuff I miss. But most of what I watched portrayed fathers as incompetent idiots, told me it was OK to disrespect people, and contradicted the teachings of Christ in subtle and not-so-subtle ways over and over again.  I have 16.4 fewer hours with a destructive house guest now.

4. Money. The average cable bill in the back half of 2008 was $71.  The average for satellite was $74. (Source) And that’s on the rise – up 7.5% from the previous year.  So imagine my confusion when folks tell me after a concert that they’d really love to provide food, clothing and health care for a child in the third world (with a hefty does of Jesus) but, dang it, they just can’t afford to.  To which I always respond, “Do you have cable?” When we canceled cable we were spending $68/month.  That’s $816 a year – or enough money to meet the spiritual and physical needs of one child in the third world and still have money left over for that gym membership I said I couldn’t afford, or that annual weekend getaway I promised Becky.

5. Silence. Constant noise keeps me from knowing myself, knowing you and knowing God. And I’m addicted to it. So I try to rehabilitate myself with intentional times of silence throughout my day. And I’m better for it.  At the peak of my noise addiction I was afraid of silence, afraid of what I might discover, what I might have to face.  It was an escape from reality and that was fine for thirty minutes, but I didn’t stop there.  I couldn’t.  I kept pouring myself another glass, and another, I kept escaping and, like an addict, I never stopped to deal with the real me, the real world.  Right now the only noise I hear are my fingers clacking on a keyboard and after I publish this post the only sound I’ll hear is silence.  In the silence, I’ll have to hear my thoughts.  And maybe, I’ll get to hear God.

5. Happiness. As if we needed a study to prove it: The University of Maryland (among others) has found that happy people watch less television than unhappy people.  Happy people spend time outside, socialize (face-to-face in the real world), go to church, have hobbies, etc.  Unhappy people sit on their butts and watch other people live…er, pretend to live. (Source) Scientists are quick to point out that they don’t know if unhappy people watch television because they’re unhappy or if television makes people unhappy or both, but either way, it’s not a good connection right? Just because we don’t have cable in our house doesn’t mean we’re perfectly happy, of course.  But we’re happier.

So, what’s the smallest change that’s made the biggest difference in your life?