Between us we took three cameras and mine is the worst of the bunch.  Even so you can still get a feeling for just how beautiful Ireland is. 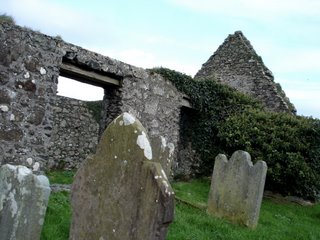 And old church from the 1700s.  This sort of stuff is just strewn around Ireland, nothing written about it, no historical markers.  “1700s?  That’s not old!” It is in America. 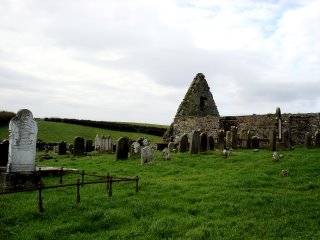 More from the old church. 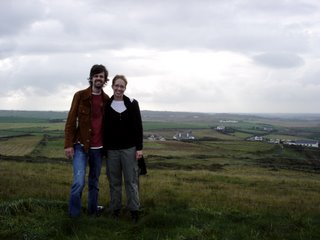 Beck and me (I’m the tall one) near the Giant’s Causeway. 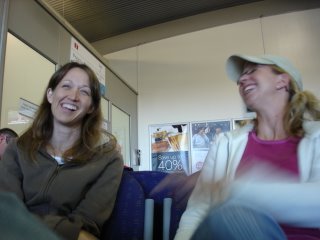 Becky and Amy being loud Americans at the ferry station waiting to go to Scotland.  Or, this is two overworked moms relaxing before their cruise to Scotland. 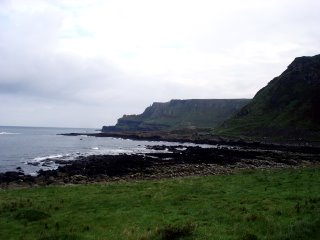 The Giant’s Causeway.  A giant, legend has it, named Finn McCool fell in love with a lady in Scotland and build this causeway to reach her.  There’s a rock off the coast of Scotland he’s said to have thrown at an enemy over there.

Pics from Scotland and London coming up.