From my journal.  My first thoughts upon arriving in San Salvador, capital of El Salvador, on my trip to observe Compassion International:

Prostitutes.  Broken glassed storefronts, graffiti.  A passed out bearded man on a sidewalk.  This looks like North America too.  This looks like a place choked by the weeds of selfishness and politics.  And it is. 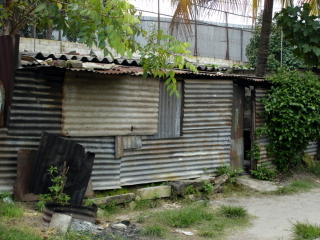 San Salvador, Central America perhaps, is just North America fast forwarded or under a magnifying glass.  The disparity between the haves and have nots is here in different proportions, in exaggerated contrast.  The living and the dying share the smallest nation in Central America, splitting it in half.  Fifty percent of El Salvador’s people are impoverished, living on less than the equivalent of $1 a day.  The other fifty percent have more.  They are living somewhere between getting by and luxury.

And that is what makes the Americas so much more frustrating to me than some other impoverished nations.  In parts of Africa exist tribes in which poverty is the norm.  There is no wealth, no getting by, no other kind of life within view to compare oneself too.  There is no hope down the street.  No one to plead with, no neighbor to help.  It is easy in such places to believe that such a neighbor, one that was blessed with more, would share if he only existed.  And maybe he does in some far away land.  Maybe he’ll arrive on an airplane and save us – they might wonder. 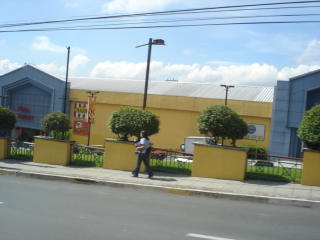 But in the Americas the neighbors with more than enough exist in abundance and every poor person knows it.  I was slapped today by this realization that in the Americas help IS down the road and needn’t arrive from a far away place by plane.  If only the houses we passed on the way to the Compassion International projects today would look beyond their own front doors.  If only the patrons of the malls and fast food chains and home improvement stores would keep just enough and spend the rest on fighting poverty next door.  If North Americans would look at their daughter’s dance costume as three Salvadorans that could be saved, at their new stereo as six stomachs that could be filled, at a church sound system as ten thousand bodies clothed, fed and revived by the love of God – If only.

If only the Church, in every nation it lives in, would stop and stoop and dress the wounds of it’s own members and then it’s own countrymen and then those beyond it’s borders.

If only I could do this.  Only enough.  But what does that look like?